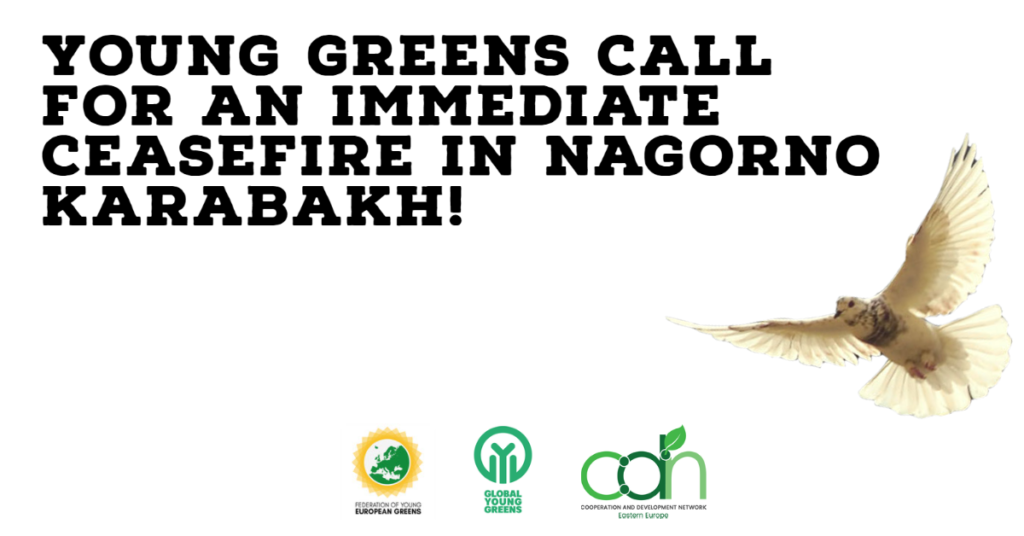 The most recent outbreak of fighting between Armenia and Azerbaijan has seen more than one hundred confirmed deaths and more wounded. Military forces of both countries are in conflict over the Nagorno-Karabakh region and surrounding regions. As a result, more people become displaced, either as refugees or internally displaced persons (IDPs). It is these people, and every citizen, the international community must protect.

As Young Greens, we join the Peace Statement. “The main victim of this war is not an objective truth. It destroys the lives of real people, real children. It is becoming a losing battle for the entire South Caucasus region. Defending peace is not a neutral position. We reject the militarist positions conditioned by narratives of war and instead seek pathways to build peace.”

We ask the governments of Armenia and Azerbaijan to:

We ask the government of Turkey to:

We ask the government of Georgia to:

We ask the government of Russia to:

We ask the European Union to: