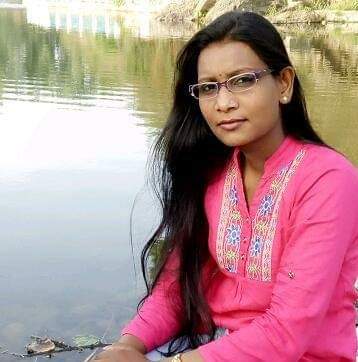 Vimla is 31 years of age contesting for Member of Parliament (MP) from Almora-Pithoragarh constituency.

I am standing for the Lok Sabha elections which you may also call as general election. I am contesting for Member of Parliament (MP), from Almora-Pithoragarh Constituency. This is one of the largest constituencies in the whole state of Uttarakhand covering 4 districts ( Almora, Bageshwar, Champawat and Pithoragarh) and nearly 1,30,0000 (1.3 million) people are eligible to vote.

I always wanted to bring some change in Indian politics and system which is very corrupt and works only for the elite class. Also, I wanted to raise the voice for women rights, which are always deprived in this patriarchal society. To be a voice of a section of people you have to be a leader and as a leader you want to be heard by the system; to bring change you have to participate actively in the ‘Electoral Politics’ – that’s why I decided to stand in the elections.

I have been working with Green Party of India i.e. The Uttarakhand Parivartan Party (UKPP) and the Young Greens of India for past 5 years and have been part of several movements against exploitation of the environment, for women rights, for local issues, etc. I was also part of Green Party’s Women Foot March from Almora to Gairsain which was almost 150 kilometers. Also, before joining the party I was actively working as an activist since the age of 16.

The Green Party supports the 33% quota for women members of parliament and was looking for a female candidate. My name was proposed by the Women’s Wing of the party and the Political Affairs Committee (PAC), which is the highest decision-making body of the party, who chose me by consensus.

I am getting mix reactions as it rarely happens that a young female candidate contests election at this level, some people are finding it hard to digest that this is actually happening. All the other candidates are minimum 12-15 years older than me and some twice my age. Some people are loving the fact that by being a woman of this age I am boldly contesting the elections without being fearful of anyone, credit of which also goes to my party who is standing right behind me in every circumstance.

There are several advantages of being a young candidate in this election as I can connect with the other young people in the constituency better than the other candidates as I am a young person and I understand their problems better than others, and I definitely have better solutions. Another thing is the number of 1st time voters is very large in this election and I hope I will be able to make an impact amongst them.

Being a young woman candidate also means that some of those from the older generation don’t feel that I would be able to lead from the front. And then they and the other parties make propaganda to say that youth don’t have the experience and hence they would not be capable Member of Parliament. There is nothing wrong in being young and contesting elections; this narrative has to change.

The major challenge which young people are facing in the country is the problem of unemployment. Because of the policies of last government, the rate of unemployment is the highest it has ever been in the last 45 years. The budget spent on education by the previous government is the lowest since Indian independence so that way students are not able reach to graduation and post-graduation level.

Also, fake news is another challenge through which the young people are getting affected; they are not able to build a conscience and are becoming victims of propaganda. Pollution in metropolitan cities is increasing day by day, the capital city (New Delhi) is turning into a gas chamber but it’s really sad that no nationalized party has put this issue in their manifesto.

Finally! How was your experience of this election and any message that you would like to give to the youth.

It was an honour to represent the Green Party of India (Uttarakhand Parivartan Party) at the Lok Sabha elections. I had amazing experiences during the whole campaign and I feel I have grown myself as an individual. I feel proud to be the youngest candidate to contest the elections in the whole state of Uttarakahnd. I have given voice to several women issues for which I feel privileged that I got the opportunity at this level. I feel even as a party we have grown have become more visible and strengthened our cadre.

I would request to the youth to play an active part in politics as we are the change. Being apolitical doesn’t help the cause and it also strengthens the ideology which is anti-youth and anti-women. Every social problem has a political solution so be brave, be a leader and be GREEN.