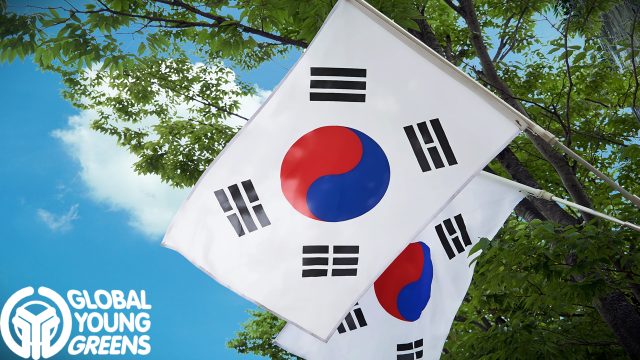 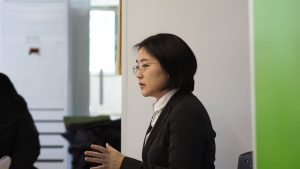 I am running for Mayor in Seoul, the capital of South Korea. Seoul is a metropolis, a huge city with 10 million residents. Most of the problems in Korea come from Seoul. Economic problems, energy problems, and environmental issues are representative. The Green Party wants to present a new vision and paradigm for Seoul. If Seoul changes its mind, Korea will change. Seoul also wants a political change. The strong power to impeach the president began in Seoul.

We are soon entering the second decade of the 21st century. For people in the 20th century, the 21st century was a time for dreams to come true. But looking around us, the dream is turning into a nightmare. This is especially true for people who do not have vested interests. I came out to solve the inequality, including women’s problems and the residential system. If we succeed in Seoul, we can achieve great results in many cities around the world.

I was elected through a vote by the local party members of Seoul. I received 95 percent of the votes cast.

Everyone is surprised because I am a woman and a young person. They would ask me again, are you really a candidate for Mayor? In Korea, candidates for Mayors are usually older men. I would respond like this: “Times have changed. It is time for young people to claim their power.”

My greatest advantage is the great imagination I have as a young woman. I am a person who will not be 60 years old after 30 years. Older politicians have a short vision of the future. They always try to do something that will produce results in a short time. Such short projects cannot fundamentally change the lives of citizens.

The advent of artificial intelligence predicts a different future from the previous world. Now young people are the first generation to be born and raised with new technologies. No one knows our future better than we do.

There is nothing wrong with being young. People who make fun of me for being young or are worried about my inexperience are just small problems I must overcome.

Again, all problems start from inequality. Young people have a hard time from the beginning. The rules of the game that are designed to the benefit of the previous generation are expected to be followed. This is how all the inequality begins: assets, income, housing, and health. Present society is not trying to eliminate inequality, but rather to reduce it. I don’t agree with this type of policy.

For the younger generation, including myself, this is an easy but difficult task. This is because the interests of each class of society are intertwined. Be brave and bold but have proper refinement. Therefore, although the problem begins in the younger generation, the results will be shared by all generations. Life is important to everyone, and it should last.

It is not easy for me to win this election. But the victory the election gives us is not just about me being the Mayor. I hope the Green Party can win 5 % of the people’s support in this election. If the Green Party wins 5%, it could put a proportional candidate in the city council. And this will take us to higher ground in the next general elections.

Korean politics is more dynamic than any other country in the world. Our citizens have the courage to take part in politics at any time to maintain the right history.

The Green Party has no seat in the National Assembly. However, it has a significant number of members in the Asia-Pacific region.

More people will learn about the Green Party from this election. They will know about our progressive policies and attractive young politicians. I believe the number of party members will be higher after election. And I will be able to win seats soon. I will do my best in this election to contribute to the history of Korean green politics.