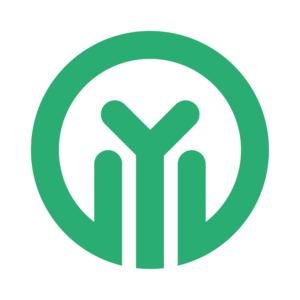 10 minutes over time and still not finished. That has been a moment in the European regional meeting today, which gave the other regions an extra break.

But at least for the European group it was needed, because the membership of the new steering committee was discussed.

(Un)fortunately everyone had to answer many questions. Although the competitors were asked to respond in one sentence, the word “and” was the most frequented, stretching the phrases endlessly. Finally a recommendation for the new SC, which will be elected at Friday’s general assembly, existed.

Now everyone can’t wait for the vote.

“I’ll wait for you in the Ingrid-Something-Room ….”

Wow, if you had a look at the program already, you might have realised that there is a huge variety of workshops at the GLOBAL YOUNG GREENS CONGRESS 2010. Some have structural content, others are more soft-skills-orientated and many also spread some intellectual knowledge and encouraged discussions.

Still this is not enough, there was a big amount of people also giving workshops in today’s open space period. Each tutor has thrown the name of the idea into the plenary, before the people were asked to go the the rooms. Well, it might have been difficult, due to the rooms which are all named after famous green women.

We are quite proud that we have been able to supply the playground for such great topics and so many interested people here.

According to the extra large program (or the other p-word: partying) at the congress, doziness has taken over some of the GLOBAL YOUNG GREENS.

But that isn’t a problem as longs as Micha from the local prep team is around, to start some energizers and remotivate the attendees.

A total new experience for a few, which have never done this before -an idea to adopt back home, they say., it was a good opportunity for their own organisation.

DISCUSSION:  The perspectives of small scale farming and the agricultural issues

Starting, Härlin announces to be happy, looking into the faces of leaders in waiting -a semi-sarcastic, semi-realistic statement, he relativizes it, but still the green movement was the future.

In general small scale farming might be solving problems, both of the disputants admit. Small scale farming was an opportunity to gain more nutritional value out of the square meter, compared to current industrial farming.

While companies and large scale farmers are orientated on profit, which is not equal to food value, and don’t take their responsibility of being nurturers, small scale farmers are still the most efficient when it comes to that.

But since land has become a relevant value, no matter where it is in the world, due to it being calculated referring to the oil price, the so-called “land grabbing” has become a huge difficulty that the global world has to fight. Companies buy land from a moment on, where it takes less money to produce energy on it than from oil -a thing to be concerned about, now that the barrel gets more and more expensive.

By far we produce enough food already, it is just an issue of distribution, so with what we have, we would easily be able to feed the 9mrd expected

humans on earth in 30 years. Firms like Monsanto don’t accept this statement, for them production can’t be kept on the current level. But obviously they are just interested in selling products that even strengthen their monopoly. By installing them in the agricultural usage, they can also make sure, that their weed poisons will be bought, as they are promoted to be the only solution to keep the mono-cultural farming a possibility. In deed weeds are a problem, but those poisons indicate new ones, like their resistance. Where it’ possible to earn money from seeds, GM technologies become interesting for the global economical players. Monsanto is involved in 90 % of the dealings in this field. Gene altered plants cant be the way to follow.

The advantage of small scale farming according to this is obviously it’s sustainability in production and the food security, it can offer. But as long as farmers are running out of resources (salt, water and land) , because others lay claims for those in advance, small scale farming is only additional, although it could be solving the contamination of water, climate change. Which is related to the working attitude of the farmers, that have less than two hectare.

The role of woman needed to be enlarged, says Maren Kneller, they had an importance in the balance of risks and successes. Their modesty, was a main contra-point.

“Land is there to feed people, nothing else!” 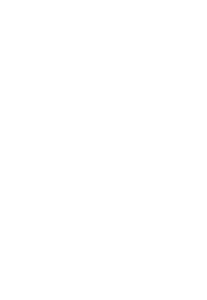